A Gentleman’s Fate by A.J. Linn 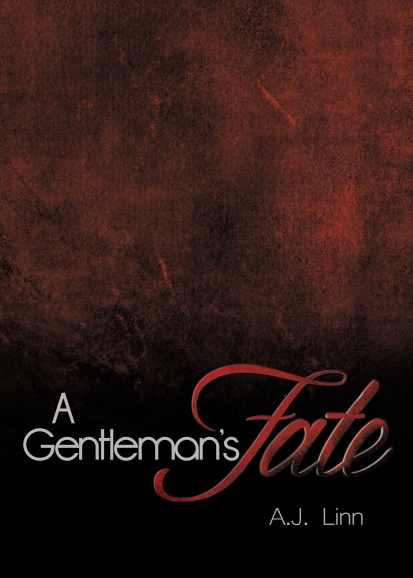 First things first, if you haven’t read the first three books in this series, do yourself a HUGE favor and read them first. You will appreciate everything about this book after reading the first three. You will understand the frustrations, anger, love, excitement and twists and turns that Donovan has had to endure to get where he is in “A Gentleman’s Fate”. You will understand why Scarlett Montgomery is so very important to Donovan and how they got to this point. AJ Linn is a master at mind games and playing with your heart. So buckle up for the ride, it is one worth taking.

That being said, I have waited patiently for this book, for AJ Linn to share with us the fate of Donovan Hart and Scarlett Montgomery. We last saw Donovan and Scarlett on the balcony of their hotel in Venice, Italy having some…”fun” is a nice way to put it, as they entertained the tourists below. (smirks) You see, Scarlett woke up in a rather foul mood, must have been the bad dream about Ricardo, but Donovan was determined to rid her of that attitude. I would say he did. I would say he left them BOTH in a better mood, and some tourists below on the sidewalk too.

Do you remember the phone call Donovan made to the travel agent during breakfast? Well…that is where “A Gentleman’s Fate” begins. With those secretive plans he made for Scarlett. But you know how Scarlett hates waiting for surprises.

“A Gentleman’s Fate” begins in Venice, Italy, where Donovan has taken Scarlett to have some time alone, a vacation of sorts. Venice is very special to Donovan. Being there brings back memories of when he was a child with his parents. His beloved mother, how he misses her so. He also drops the idea on Scarlett that he would like to live in Venice someday, maybe after retiring. He and Scarlett are ready to embark on a new chapter of their life as she just asked him to marry her, again, sort of. Donovan, the ever romantic at heart, would do ANYTHING for this girl, his girl, the one he believes to be his unico vero amore, his one true love. All Donovan wants is a love like his parents had. Is that too much to ask for? Will he find it in Scarlett though? Or is there another girl for him?

So Donovan made some “plans” but as the night progresses he realizes he might want to cancel those plans, based on the way Scarlett is acting and what his gut is telling him. But Scarlett has a different idea. She wants to see her surprise, and when she gets to the destination and sees what Donovan had arranged, she, well, you might be shocked by her reaction. I won’t give it away. Warning: roller coaster ride beginning, buckle up, here we go.

The story plays out from there. How did Scarlett react when she found out what plans Donovan made? Should he have trusted his gut and taken her back to the hotel room? But…was this all in his destino, in his destiny? Tighten those seatbelts.

Some characters from the previous books are still central to Donavan’s life like Jared, Lily, Reggie, Dawn and his father, Bruce. In this book we learn more about Bruce and see a different side to him as he has emerged from the rock he crawled under, thanks to Shari. Bruce returns in a much stronger frame of mind and determined to get back to the living and to work. He thinks it is time to visit LaFuga Hotel. Yes, panic should be setting in right now. If you read the first three books you know that the LaFuga Hotel and The Underground are on the same property and when Bruce decides to tour the hotel and see what Donovan has made of the place, well, hold on tight. Welcome to the Underground… That’s all I need to say because the roller coaster is taking a dive. So Donovan is left with the aftermath of his father and the tour of the property that they take together. I will not spoil any of that for the reader, it is written too well to give it away. But you know how hot-headed Donovan can be, right? The apple doesn’t fall far from the tree. And remember HOW Shari met Donovan? Yep, Pandora’s box is about to be opened.

While Donovan has Scarlett and his dad to contend with, thank God he has Patrice who always bails him out. She might be the only person he CAN count on. She is like the seatbelt on this ride. She is dependable and always there. At times they act like brother and sister and at times I wonder if they could ever find themselves as lovers. It is refreshing that Donovan can be himself with Patrice, confide in her and rely on her, share a cookie and grilled cheese with her. Their dialogue is hysterical, I find myself laughing at the two of them when they interact, especially when Patrice is snarky and Donovan tries to push her buttons which he does so well in this book. Sometimes the sentences are only one or two words, like “asshole” and “I know” but it cracks me up to read their dialogue. I thoroughly enjoyed Donovan and Patrice in this book.

Donovan is a strong character and so well written. He is predicable at times because he is a man in love, willing to do anything for his girl. Unpredictable at times because he is human and feels pain and rejection as well. You cheer for him and Scarlett and you want to see them win in the end. Hasn’t he lost enough when he lost his mother? He has stood by Scarlett time and time again because he believes she is his unico vero amore but destino might not agree with him. Or does it? Only AJ Linn can tell.

AJ Linn has written another amazing book. I found myself on the streets of Venice watching Scarlett and Donovan walk by, or at the diner watching Donovan and Patrice have Key Lime Pie. His writing is so rich and inviting that I can FEEL the story, the emotions of the characters and the raw hurt sometimes felt by them as well. I find my heartbeat racing and my palms sweating while waiting for certain words to appear on the page, and sometimes those words don’t. The rollercoaster takes another turn or dip. But that’s what makes an AJ Linn book so good, it’s unpredictable. Just when you think you have the story figured out you find out that you don’t.

“A Gentleman’s Fate” left me wondering about SO many things, having so many questions which means there are many doors open for more stories about Donovan and Scarlett. I can’t wait to see where the next story takes us. I enjoy the roller coaster ride with an AJ Linn book because you sit on the edge of your seat waiting for the next twist and turn knowing that it is never what you expect. The brilliance of the author’s writing shines in this book. One of his best books yet. Absolutely!

View all my reviews on Goodreads

Gavin Jensen’s world has been turned upside down.

Grieving and with only a tenuous hold on his temper, he is taken from everything he has ever known.

Full of anger for the man who ruined everything, he wants to hate him.

But this chance Gavin has been given, it’s a clean slate. All his previous indiscretions have been left behind, buried with his mother. Paul Jensen is becoming the father he knew he could be, his son just needs to let go of the past.

But when Gavin grabs a hold of life, his actions ignite a chain of events that could leave him shattered.

Add “Wayward Son” to your “want to read” list on goodreads by clicking the button below:

PreOrder “Wayward Son” by clicking on the Amazon button: 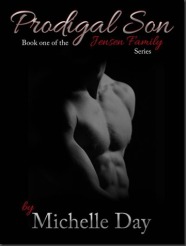