If you loved Jamie Channing and Ryan Wesley in Him and Us, then come meet Blake Riley in Good Boy. 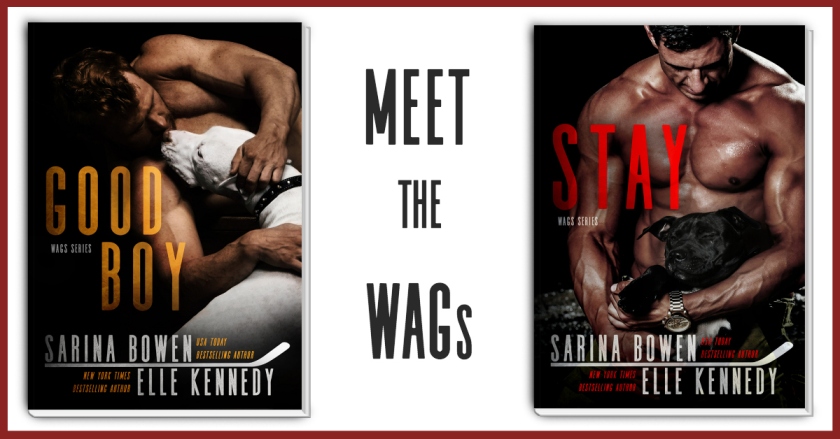 Hosting her brother’s wedding for an MVP guest list is the challenge of Jess Canning’s life. Already the family screw-up, she can’t afford to fail. And nobody (nobody!) can learn of the colossal mistake she made with the best man during a weak moment last spring. It was wrong, and there will not be a repeat. Absolutely not. Even if he is the sexiest thing on two legs.

Blake Riley sees the wedding as fate’s gift to him. Jess is the maid of honor and he’s the best man? Let the games begin. So what if he’s facing a little (fine, a lot) of resistance? He just needs to convince the stubborn blonde that he’s really a good boy with a bad rap. Luckily, every professional hockey player knows that you’ve got to make an effort if you want to score.

But Jess has more pressing issues to deal with than sexy-times with a giant man-child. Such as: Will the ceremony start on time, even though someone got grandma drunk? Does glitter ever belong at a wedding? And is it wrong to murder the best man?

Warning: Do not read while sipping hot liquids. Or cold ones. Or while sitting anywhere laughter would be inappropriate. Contains hot but hilarious hockey players, puppies and a snarky pair of underwear.

My Review of Good Boy

I didn’t know Blake had it in him. When we last saw Blake, he was the obnoxious team mate of Wes’ and living right upstairs from Jamie and Wes, he was almost the third roommate. He even got on MY nerves. So I was a little hesitant to read his story but coming from Sarina  Bowen and Elle Kennedy, I knew it had to be good and I was SO right.

I love that another book about Wes and Jamie was written, but even more pleased that Blake starred in this one. I can say that now AFTER I read it.

In Us, I wasn’t sure if I could trust Blake. He was a big doof ball who was always getting in the way. Even Jesse cals him out on it, he’s loud, mouthy and too cheerful at times. (As if that’s a bad thing?) But in the end, he truly cared about Wes and Jamie. In this book, he meets up with Jesse, one of Jamie’s older sisters, at the wedding of Jamie and Wes. Even though they had a one time fling, Blake still has the hots for her and as hard as she resists Blake, his crazy charm wears off. Eventually.

I love seeing the true Blake. While he’s big, clumsy and obnoxious at times, he truly cares for his friends and family. He would do anything for them and he goes to great lengths to protect his family too, even at his own expense. The REAL Blake is a GOOD guy. He is sweet and confident. I love his conversations earlier in the book. He knows Jesse will come around. His way of thinking is comical. I found myself laughing when his point of view (POV) was shared.

Jesse is a mess when this book starts. She needs a do over. She needs a new career. Currently, she is in the Wedding Planning business and she hates it, even though she is good at it. She enlists the help of her friend Dyson, yes, like the vacuum, who seems to be her sounding board and her pick me up when she is down. The best kind of friend to have. He helps her figure out what she wants to do, but it costs money, something she doesn’t have. When she finally decides on her next career path it forces her to cross paths with Blake, Jamie and Wes again. While Jamie and Wes take their sister under their wing Blake is ready to give her the world. But Jesse must be on the same page with Blake before she does. Two things stand in the way though, Jesse is NOT good at relationships and her main focus is her new career choice.

These two characters are written so well. Crazy, funny and never serious, Blake’s lines are perfect for his character. And I mean perfect. His mannerisms and actions, his attitude about life are all so perfect for his character. He worries about what’s important, takes care of his family, has good values and just has fun. Period. Jesse has a lot of confidence issues and again, she’s very well written too. She needs little things to boost her confidence as she second guesses herself after every stepping stone in her new career path. She has a very important conversation that changes things for her, makes her feel much better and that opens the doors for her in many ways. Yet they balance each other somehow. Like in the hospital visit to see Leila.

I’m happy to read about the hockey team again. Happy to have more Jamie and Wes and see their interactions and learn about a new dimension to the team. This story line was very well thought out and thoroughly researched giving credibility to the story. My opinion of Blake has changed. He is crazy hot and fun and perfect for Jesse. 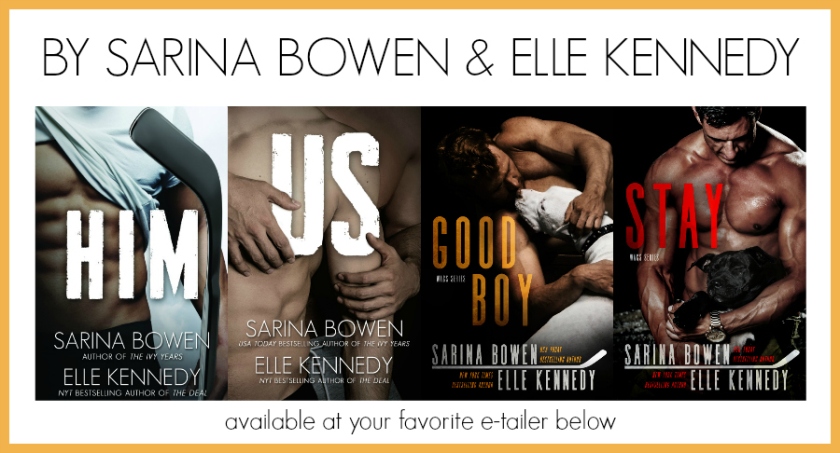 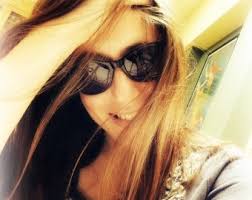 Click on their names to go to their respective websites for more information about them.