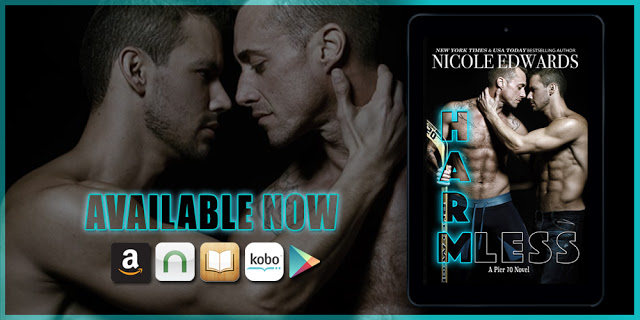 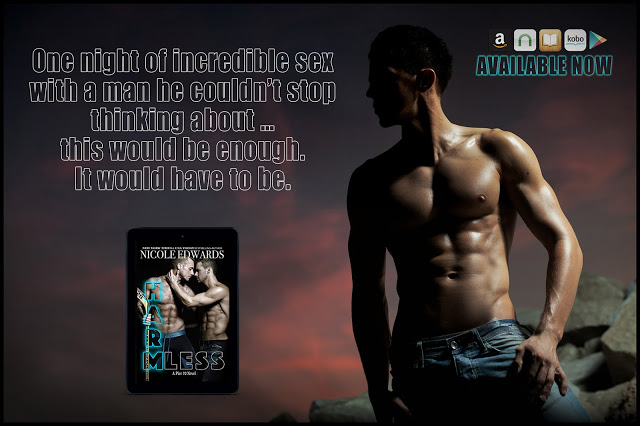 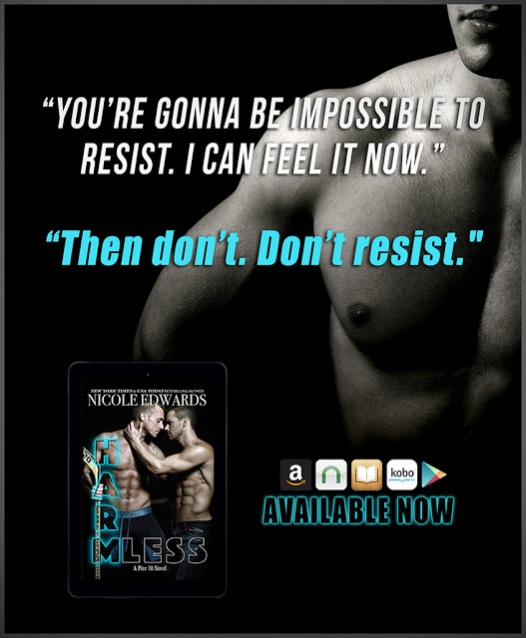 “CAN I BUY you another drink?”

Roan Gregory hoped he wasn’t sporting his who me look when he cast a quick glance up and to the left, startled by the offer from…

Not what he’d expected.

Standing before him was the sexy guy who’d been checking Roan out since he walked in the door. Discreetly, sure. But Roan’s attention had been unfocused at best. He’d noticed. And yes, this was the same guy Roan had fought hard not to sneak a peek at for the past hour.

The guy was totally his type back when he’d had a type. At least in the physical sense.

Blond hair, blue eyes, long and lean, with the perfect balance of muscles tossed in.

But that was the key. Roan didn’t have a type anymore. He was more interested in ignoring men for the duration.

Sexy Guy nodded toward the empty beer bottle in front of Roan. “Another?”

As though the guy wasn’t possibly talking to him, Roan continued to stare. Only this time, he was captivated by the seductive smirk on Sexy Guy’s smooth lips. Nice lips. Full, perfect … lips.

Obliterating the thought from his sex-starved brain, Roan dropped his gaze down to his beer. Yep, definitely empty. He must’ve drained it when he’d been lost in his own damn thoughts. Unfortunately—no matter what his little head was telling him—he wasn’t interested in company, sexy or otherwise, so he wanted Sexy Guy to go sit back down at the table by the wall where he’d come from.

“I’m good.” Shaking his head, Roan avoided the man’s eyes, hoping he would take the hint.

“I figured if you’re gonna drown your sorrows, probably should do it right.”

If Sexy Guy only knew.

Lifting his gaze once more, Roan met the determined steel-blue eyes still studying him. He bit back a retort. Didn’t the guy understand that he wanted to be alone? Seriously, what did he need to do? Hold up a sign that said, Personal Pity Party, No Company Wanted?

Clearly Roan needed to improve his turn-down skills. Sexy Guy surely mistook his I’m good for sure, sit down and join me because, of course, Sexy Guy was now sitting at his table. And he hadn’t bothered to ask.

“I promise, I’m harmless.” To reiterate his point, Sexy Guy held up his hands in surrender.

Son of a bitch.

Now that Roan thought about it, the guy didn’t look harmless. He looked like … well, hell, he looked like temptation.

Good thing he’d cut temptation from his diet long ago.

Leaning back, Roan tried to appear casual, not wanting to show that he was taken aback by the guy’s forwardness. He also didn’t want the incredibly handsome blond to see that Roan was discreetly attempting to check him out. Mainly, the way that snug charcoal-gray T-shirt stretched across his impressive chest and the way the corded muscles in his neck shifted inconspicuously when he lifted his arm.

How discreet he was actually being was anyone’s guess since there was only about three feet between them.

Not only was he at least an eleven, Sexy Guy also looked familiar. Eerily so. Only Roan couldn’t place him.

Roan shrugged off the thought and continued to stare the guy down.

For the past half hour, Roan had been nursing a beer while pretending to watch the baseball game playing on the television closest to him. He wasn’t really paying attention at all because his brain was inundated with how shitty he’d allowed his life to become. In fact, he’d been paying so little attention he had noticed that the handsome man now sitting across from him had been staring his way every so often.

After the guy signaled the waitress for two more beers, he turned back to Roan.

Bold move considering Roan had already told him he wasn’t interested. Or that had been his meaning anyway.

“Colton Seguine,” Sexy Guy said smoothly as he held out his hand.

Roan detected an accent, but he couldn’t quite place it. Canadian, maybe?

“Not interested,” Roan grumbled, ignoring the introduction, hoping the guy would get it through his thick skull that Roan wasn’t…

The name registered and Roan’s gaze slammed directly into the big guy.

Wavy blond hair, a thin scar running through one of his thick eyebrows, pale blue eyes with the perfect balance of gray running through them, a slightly crooked nose, and a jaw that looked as though it had been carved from stone, not to mention sharp cheekbones and those lips…

The harmless temptation sitting across from him was none other than a fucking hockey player.

The guy’s lopsided smirk transformed his face from sexy to … hot as fuck. “That’s what they tell me, but everyone calls me Seg. Unfortunately, I don’t recognize you, so…”

Roan held out his hand seeing that Seg’s was resting on the table as though waiting for this moment. “Roan Gregory.”

“Nice to meet you, Roan Gregory.”

Seg’s hand was strong, his grip firm. And holy fuck. This was Colton Seguine. Seg.

Roan briefly forgot all of his problems as he stared at the defenseman for the Austin Arrows hockey team. He knew the man was big—he’d read his stats a few dozen times—but up close and personal, he was ginormous. Six foot four, two-twenty, if Roan remembered correctly.

The waitress interrupted their staring contest when she delivered their beers, and for a few seconds, Roan was caught up in those smoky blue eyes, unable to look away.

It no longer mattered that he’d been wallowing in self-pity, trying to get over the fact that nearly four months ago he’d professed his love for his best friend. He no longer felt the chest-constricting pain that had engulfed him as soon as he realized Cam had fallen in love with someone and they were incredibly happy. The pain hadn’t come from the fact that Cam and Gannon were happy. As far as he was concerned, that was a good thing. It came from the fact that Roan had been insecure enough to think he would lose his friendship with the most important person in his life.

Only right now, the fact that he’d blurted out that he loved his best friend seemed unimportant—not to mention, completely untrue.

Nope. None of it mattered because his brain was misfiring; the only thing he could think about was sex. Sex with this incredibly sexy hockey player. Dirty, rough, highly-erotic sex.

And wasn’t that a kick in the nuts? Roan wasn’t the sort to succumb to insta-lust. It usually took him some time to warm up to a guy. A hell of a lot longer than a brief introduction anyway.

Roan took a long pull on his beer, breaking the eye contact.

Why the hell would this guy even be over here? It wasn’t like he was…

Nah. No way was this guy gay.

Plus, if he was—which he wasn’t—there was no way Seg would know Roan was gay. Seriously. How would he know? They weren’t in a gay bar. And it wasn’t like

Roan was wearing his I’m out and proud T-shirt today.

The thought had Roan staring at Seg thoughtfully.

Did he know Roan was gay? Was it something he broadcasted without realizing it?

After glancing around the room cautiously, Seg leaned in and lowered his voice. “What do you say after this beer, I take you back to my place and we have a drink there?”

Okay, so maybe along with some finely tuned gaydar, Seg was gay.

Not openly, obviously, since Roan distinctly remembered a recent article about Seg and some model chick he’d been dating as of late. Yes, in case there was any confusion, Roan was a fan of the Austin Arrows. Huge fan.

Roan let that thought roll around for a few seconds. He didn’t do bisexual. He had absolutely no intention of being with some guy who would wake up the next morning, crying and whining because he was so fucking confused about his life. Pussy or dick, it wasn’t that hard to figure out which you preferred.

Not to mention, Roan didn’t need that shit on top of everything else he was dealing with.

Roan sat up straight, taking another pull on his beer as he studied this man.

Here was a guy Roan had watched play for years. A guy who was as masculine as they came. A guy who was now sitting here, in this sports bar, coming on to him.

He was coming on to him, right? Roan had been out of the game a long time; maybe he was imagining it.

He instantly thought about Cam. About how Roan had damn near fucked up their friendship because of his momentary lapse in judgement. His stupid freak out had nearly cost him the most important person in his life.

Then he thought about his sister and her fucking drug problem.

And his father, who was beside himself on how to help her.

His stepmother, who had threatened to leave his father if they didn’t find a way to get Cassie some help.

A fucking mess was what his life had been reduced to.

No way should Roan add fucking a hockey player to that long list of screwed-up bullshit.

Clearly Seg sensed Roan was considering the idea. “One night. No strings.”

Nope, no mistaking that come-on.

No-strings sex. Was there even such a thing?

Roan adjusted his position, trying not to give the idea the merit it deserved, but unable to help himself.

A one-night stand with a hot hockey player.

Who could really say no to that? More importantly, who would?

His world was crumbling down around him, and this guy was offering him an opportunity to forget about it for a little while. An opportunity he’d be stupid to pass up.

“Tomorrow we pretend this never happened?”

Downing what was left of his beer, Roan reached for his wallet, pulled out a couple of twenties, and slapped them on the table before getting to his feet.

The grin on Seg’s face made Roan’s dick jump to life.

Oh, yeah. This was definitely a good decision. 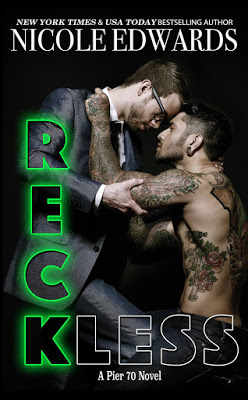 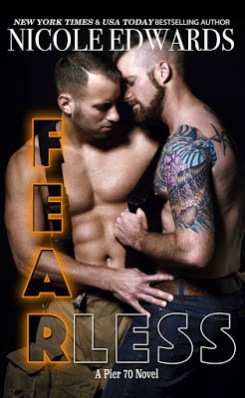 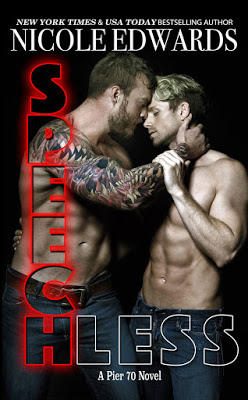 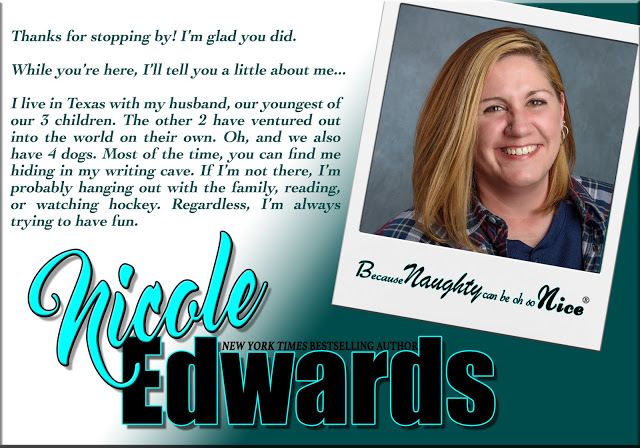