Not Her – Julia Bright

Jason Delany Baxter-Scott…the fifth. What a terrible name to have to live up to. There is no question in his mind that he’ll never live up to his parents’ expectations. Baxter, as he is known to his friends, is trying, but when his fiancée dumps him, he has less than an hour to find someone to stand in to meet his demanding mother and father. He knew Heather in college, and she recently sent a note, saying she’d moved to New York. It was a dick move, but he invited her for drinks, only to introduce her to his parents as his fiancée.

Heather is still the same free-spirited woman who challenged him to be his own man in California. She’s nothing like the women his parents’ think he should marry, and that makes her forbidden fruit. He admires her for standing up for herself and never backing down. She’s got spunk and a whole lot more that turns him on and leaves him wanting.

Heather Burke doesn’t put up with BS. She’s worked hard to develop a clothing line that sells in her own high-end boutiques. Her style may be quirky, but she’s business savvy and worldly. When Baxter contacts her, she’s in for a drink or two, but when she arrives, and his parents think she’s the fiancée, the night is turned on its end. Baxter told her story after story about how horrible his parents were so she can’t abandon him, but going along in this ruse may just be the end of her.

Back in California, she lost her heart to Baxter, and this fake fiancée stuff may just take her mind too. When he’s not bowing to his parents’ pressure, Baxter is a decent guy, someone she could see herself with for the rest of her life. She just has to convince Baxter he doesn’t need their approval to be a good man.

When the stakes get high, they both are challenged. Can Heather walk away from Baxter, or will she stay and teach him to fight for himself?

Ireland Dumont loved her life—single with not a care in the world, running her own online concierge company. On the edge of ultimate success, her parents stepped in and arranged a proper groom for her to marry. Giving over to their request, she heads to Vegas to celebrate her last days of freedom.

Meeting a handsome stranger was not on her agenda.

Accepting his marriage proposal was the perfect addendum to her agenda.

Jensen Callum needed a wife for his new business venture with a company that prided themselves on being a family-owned operation. His old playboy status was about to be nipped in the bud by his parents when he returned home from his business trip to an arranged marriage of their doing.

What will happen when Ireland and Jensen’s families find out that they arranged their own marriage venture that wasn’t in the grand scheme of things?

Up-and-coming artist Bianca Black has her eyes set on one thing, and one thing only: Transforming her late grandmother’s building into the gallery of her dreams. All is going according to plan until legal issues arise and a sexy-as-hell club owner gets in her way. Losing the building could leave her homeless, bringing a whole new meaning to starving artist.

Entrepreneur Ford Phillips, always gets what he wants and this time won’t be any different. He has spent years trying to buy the old, run-down building nestled between the high rises of Manhattan. Just when he thinks it’s within his reach, he finds himself in for way more than he bargained for.

Bianca and Ford must call a truce in an attempt to “fake it ’til you make it.” Can these two keep things amicable or will this Fakeover turn Hostile?

Fake it until you make it. That was the mantra Cori Dash chanted as she chased a big city dream. The more you tell people you’re on top of the world, the more they believe it – just like they believed the embellished image she sold them with her knock off designer facade. It wasn’t lying if the truth stood somewhere in the middle – and she didn’t get caught.

Dominic Blackthorne owned half of that big city…and a reputation. Rather than dispel rumors or show the world the real Nick, he let his own fake image run free. Until Cori Dash – the only person who told him exactly how it was, even if it stung.

When Cori is faced with her ex-fiance, now engaged to her ex-best friend, it’s game on. In her boldest move yet, she concocts her biggest lie to date by introducing the first handsome stranger that walks by as her new fiancé. Happy to play the part, Nick is already planning the fake wedding of her dreams.

You know what they say about lying – the truth always comes out – and it hurts. Especially when Cori finds out she isn’t the biggest Liar in this game, and she’s been out played.

Trevor Myers knows how to make it big in the business world: a charming smile, connections, and balls-to-the-wall fearlessness. The master of all three, a partnership with his firm is all but in the bag. That is, until his boss dangles it over him, and three coworkers, like a prize on a game show. Trevor will do whatever it takes to lock in what is rightfully his, even if it means calling in a doozy of a favor from his best friend.

Piper Bradley is on the precipice of making a career-altering decision to expand her dancewear line. Agonizing over the decision, Piper decides to take a trip to clear her head, only to have her brother hamper her plans when he calls her to return a favor for his best friend…Trevor Myers. Owing Trevor for escorting her to her senior prom years earlier, she reluctantly agrees to play his girlfriend for the weekend.

Trevor expects a grownup version of the shy girl toting a sketchpad, not this drop-dead, gorgeous woman who leaves him tongue tied.

Piper decides it’s time to exorcise her long-simmering feelings, once and for all.

Trevor fights the battle waged between his playboy lifestyle and the elemental pull of the girl next door.

They say you can’t buy love.

But he did… he just doesn’t know it yet.

Falling for him was never part of the arrangement.

Neither was sharing his bed.

But I did both.

American heartthrob and notorious bad boy, Zach Canning has gone and made the error of all Hollywood errors. No, it wasn’t sticking his foot in his mouth during an interview again, banging an almost underage fan, or even disappearing on another cocaine-and-booze addled bender. It was far, far worse, and now his TV show renewal contract hinges upon his ability to convince his fan base, the Christian Network, and America at large that he’s just as wholesome as his #Blessed character.

Enter Abby Gallagher. As Irish-Catholic as they come, complete with flaming auburn hair and a cross dangling from her necklace, her image is perfect. She’s guarding one hell of a secret, however—she’s a virgin and saving herself for marriage.

When Zach’s publicist approaches her with the most unbelievable proposition—to dispel rumors surrounding the famous actor one sexy date at a time—Abby is more than intrigued. She’s been a fan of his show and has watched religiously… admittedly, a guilty pleasure.

What other guilty pleasures could he give her???

But the secret contract she’s presented with not only states she must pose as his girlfriend in the public eye while the paparazzi follow their every move. She must also elope with Zach in two weeks! Non-negotiable, legally binding, with a corresponding gag-order in place and no guarantee of true love…

Can she go through with it? Will she choose a thrill ride instead of love? What if she could have both with the same man?

READ THE BOOK WHERE THE WORLD BEGINS!

Marry the girl I’ve had a crush on my whole life? Check.

Produce an heir… Wait, what?

I have ninety days to knock up my brand-new fake wife. There’s only one problem—she hates my guts.

And in the fine print of the contract? The requirement that we produce an heir.

She can’t stand to be in the same room with me. Says she’ll never be in my bed. But I’ve never backed down from a challenge and I’m not about to start now.

Mark my words—I’ll have her begging for me, and it won’t take ninety days.

A New York Times, Wall Street Journal, and USA Today bestselling author of more than two dozen titles, Kendall Ryan has sold over 2 million books and her books have been translated into several languages in countries around the world. Her books have also appeared on the New York Times and USA Today bestseller lists more than three dozen times. Ryan has been featured in such publications as USA Today, Newsweek, and InTouch Magazine. She lives in Texas with her husband and two sons.

Visit her at: www.kendallryanbooks.com for the latest book news, and fun extras 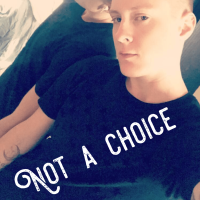